In 2016 we wrote that “Our project for the future is to spread out from Hong Kong and develop contacts with China.” The opening of the Hong Kong-Zhuhai-Macao Bridge in 2018 has inspired us further in our mission.
This bridge has been built as a link between several places, to facilitate communication and transport between Hong Kong, Macao and Continental China, and most importantly to bring people together.
It’s 55 km long with a tunnel under the sea and is both the longest "sea-crossing" and the longest terrestrial link on Planet Earth! (You can find more information on Google!). 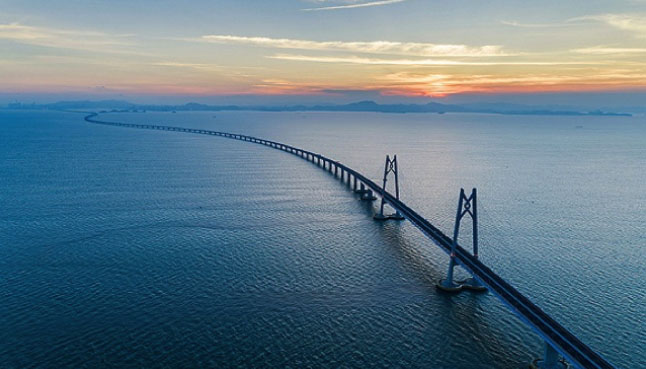 We try therefore, act as a bridge : Some bridges are already quite stable, others need a little consolidating, whilst others are yet to be built or designed. As Cécile wrote in her Christmas Letter.

As Our ‘ Bon Pere’ Pierre Fourier repeatedly tell us:


The Sisters will endeavour...

Our first example of bridge-building was between young people who are struggling and the more able in the Superyouth camp.

Our first “competition” or this Superyouth camp was run in 2014 on the initiative of Maria Choi who organised a training camp for young people struggling with low self-esteem and with no direction in their lives, or who had low levels of academic achievement and/or addicts of computer games. Alongside these youngsters the programme also recruited other youngsters who would be able to stimulate their more passive counterparts.
A young teacher from Macao, Samuel Pui, was keen to help with this project. Together with him we decided therefore to develop this programme for young people aged from 16 to 26; we decided to take 10 youths from Canton, Hong Kong and Macao respectively. Six prizes would be awarded to the ones who had shown the most progress during the camp. Our programme included different activities: adventure training, psychology classes and voluntary work. The camp would be 4 days and be held in August. To win a prize, participants had to complete all the training, write a reflective article on the camp for publication in a magazine, and engage in some kind of voluntary work from September to December. The team displaying the greatest team spirit during the camp would also be awarded a special certificate.
Once we had devised a training programme, we invited the Assistant Manager of the Don Bosco Study Centre to organise and publicise the camp.
Participants for the camps from Macao were chosen by Samuel, from Hong Kong by Maria Choi and from Canton by S. Lam. For funding we relied on benefactors and a thanksgiving mass was offered for them during the camp.
Our first Superyouth camp was such a success that we decided to run it every year.
On 5th anniversary of our Superyouth Camp in 2018, we invited all previous participants to join us on a day trip where they could share their achievements; and together we thanked the Lord for having supported us in our efforts to help young people to grow, to find direction in their lives and develop their capabilities. We also wanted to thank all former participants who have come back to help as volunteers.
Additionally, we have had the joy of seeing some transformations in our group:

• Samuel, our young teacher from Macao asked to be received into the Catholic Church, and his baby will also be baptised;

• A pupil from Canton, who was completely lost when he joined our camp but who won the “Superyouth Cup” and became camp leader. Now aged 18, he has decided to enter the “E-commerce Innovation” competition for Chinese students and won 2nd prize. He has also heard the call of the Lord and has told his Bishop that he wishes to enter the Seminary once he has completed his university studies. 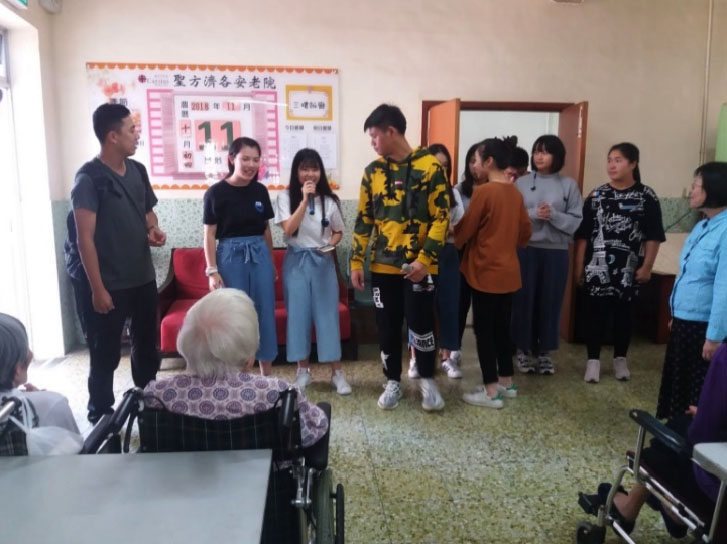 Our next bridge-building is between China and Hong Kong

one is in Hong Kong itself: a chapel for the Adoration of the Blessed Sacrament. For these churches and chapel, her main task was to design the stained glass windows and mosaics, as well as the furniture in the liturgical space: the altar, ambo, crucifix, tabernacle, lighting, etc.
Over and above her work on interior architecture and religious art, Paola also gives lectures and seminars to lay people and religious in Hong Kong and China.

with Hong Kong playing host to two major International Congresses in 2018:
• The Taize Pilgrimage of Trust and Reconciliation was held in August. Since accommodation is always difficult to find in Hong Kong, we offered to take one or two participants, and so we hosted a young Romanian girl. 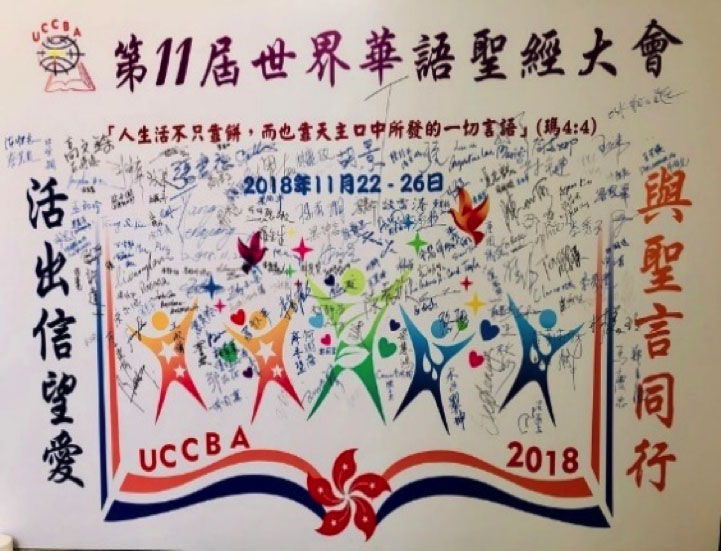 • From 22 to 26 November, Maria took part in 11th World Chinese Biblical Congress. There were over 160 participants! We defined our objectives for promoting the reading of the Bible, but we are still pondering how best to proclaim and share the Word of God with millions of Chinese-language people, waiting to be inspired and guided by the Word of God which is for them, and not just for the experts.

And what of bridge-building with our Associates? 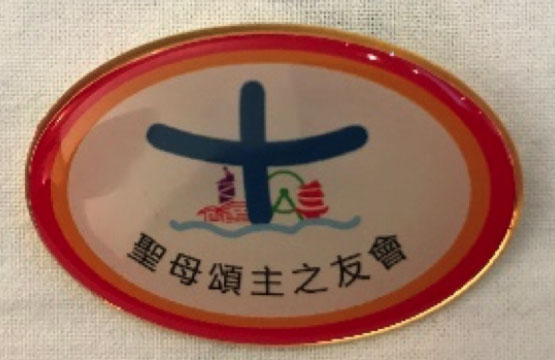 For 2018, the Year of Young People, our Associates wanted to learn more about the educational charism of various religious congregations. Rather than give them a talk on the subject, we proposed instead to divide them into groups and invite each group to prepare a presentation on one of these Congregations: the Jesuits, Salesians, Franciscans… while Paola and Jacqueline presented the CND. 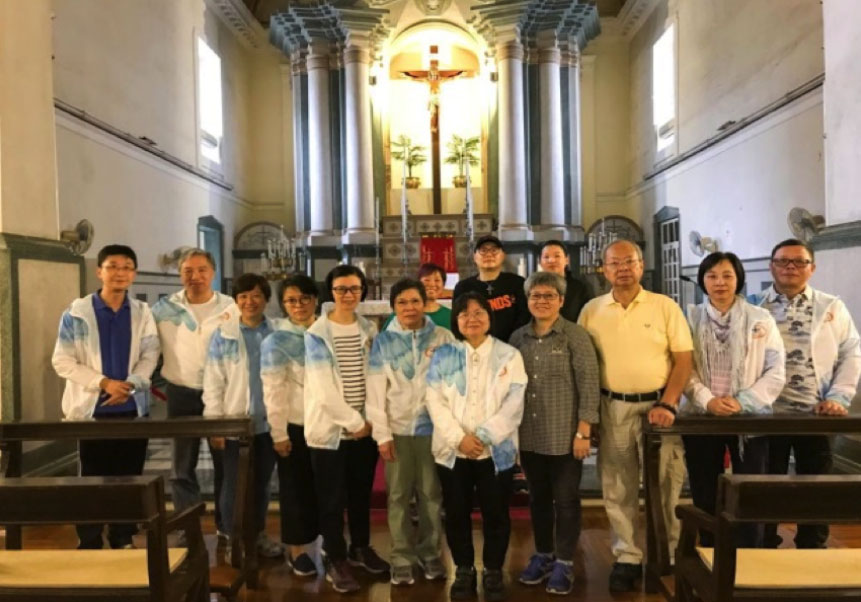 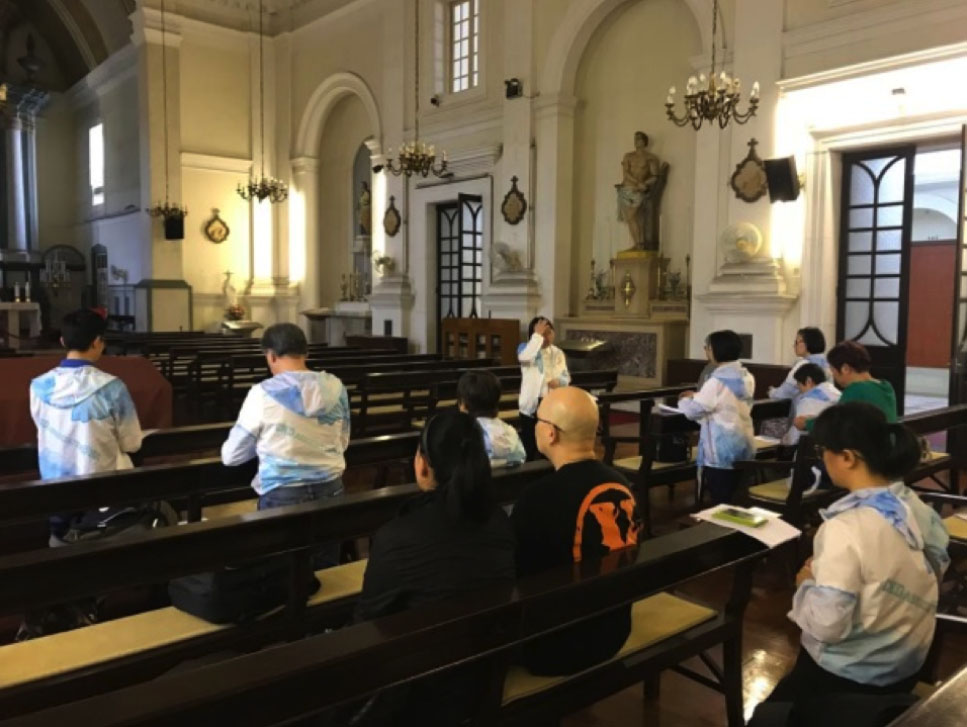 We have also suggested that the same method be used to prepare for our pilgrimage to Macao: each participant to act as a “guide” around a church of their choosing and prepare the prayer to accompany it. A good idea for the future!